Whether you are looking to install a well or you already have one on your property, it’s important to know all of these water well terms. When it comes to well water systems, our team is the one to trust. Don’t wait! Schedule an appointment with North Florida Water Systems Inc today! 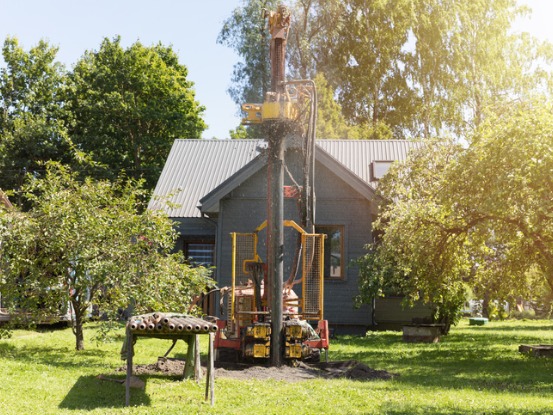 When the water in your well has a pH value of below 7.0, it is considered acidic. Acidic water is highly corrosive and can cause detrimental plumbing damages, erode pipes, and leave stains on your bathtubs, sinks, and more.

The opposite of acidic, well water is considered alkaline when it has a pH value of above 7.0. Highly alkaline water can cause hard water, scale buildup, and can decrease the efficiency of your water heater.

Artesian water is groundwater under pressure from surrounding underground rocks that force it to the surface. This pressure is called artesian pressure.

While arsenic is a natural component of the Earth’s crust found in rocks, soil, air, and more. Arsenic is highly toxic and could cause arsenic poisoning, which typically makes people feel tired and depressed and is also associated with weight loss, nausea, and hair loss. Arsenic poisoning is often marked by white lines across your toenails and fingernails. The concentration of arsenic should be less than .01 mg/L

Bedrock is solid rock where the well casing is located. Aquifers inside bedrock are the water source for your well.

The borehole is the hole drilled to construct the well. Boreholes used as water wells are completed by installing a vertical pipe, the casing, and well screen to keep the borehole from caving.

Cable tool drilling is a form of well drilling accomplished using a weighted string of drilling tools attached to a hoisting cable that is repeatedly lifted and dropped. The impact crushes material at the bottom of the borehole, which is cleared using a bailer.

Similar to how capillary blood vessels move around blood, capillary action is how liquid moves through porous spaces, such as soil and plant roots.

Casing is made of steel or plastic and is placed in the borehole to prevent it from collapsing as well as seal it off from surface water contamination.

The check valve is a one-way valve used to prevent the backflow of water when the system has been pressurized.

Chlorination is the act of disinfecting a well using chlorine bleach or calcium chloride tablets.

Coliform bacteria is a type of bacteria present in soil, aquatic environments and more. Coliform can be an indication of more serious pathogens in your well.

Cut-in pressure is a setting on a switch used to determine when the pump will turn on. Air pressure in the tank is set to two pounds below the cut-in pressure.

Cut-off pressure is a setting on the pressure switch used to determine when the pump will turn off. It needs to be set high enough to prevent the pump from short cycling.

A drainage basin is an area on land where precipitation runs into streams, rivers, lakes, and reservoirs. These are also called watersheds.

A well’s drawdown is the difference between the pumping water level and the static water level. The drawdown starts when the pump is turned on and increases until the well reaches a steady state.

A foot valve is a type of check valve that prevents the backflow of water while allowing the pump to use water from the well.

Groundwater is water that flows through soil or rocks and supplies springs and wells. Groundwater is stored in underground rock crevices and in the pores of material making up the Earth’s crust.

Hardness is a water-quality indication of the concentration of calcium and magnesium. Hard water requires the use of more soap, detergent, and shampoo.

Hydro-fracturing is a type of well development using water that is injected into a low yield well at high pressure and volume to rapture water bearing fractures in bedrock.

Iron bacteria feed on dissolved iron in well water. While these aren’t a health hazard, this bacteria can create a slime that can clog well system components and stain plumbing fixtures.  Well chlorination can help rid some of these bacteria.

A jet pump is a type of well pump used to pull water from a depth of up to 100 feet or more.

Leaching is the process in which soluble materials in the soil are washed into a lower layer of soil or are dissolved and carried away by water.

Osmosis is the movement of water molecules through a thin membrane. This is a natural process in our bodies and is used to desalinate saline water.

Permeability is the ability of a material that allows liquid to pass through. Some materials allow for more water to pass through, such as gravel and sand, while others inhibit the flow of water, such as clay.

The pressure tank is a metal or fiberglass tank that stores water pressure in a pump system.

The public water supply is water withdrawn by public governments and agencies, which is then given to households, commercial buildings, and more.

A pump system delivers water from a well to your household. It moves the water from the tank to inside the house, where it is stored under pressure.

A reverse osmosis filter is a type of filter in which water passes through a semipermeable membrane, removing ions, and larger particles from drinking water.

Rotary drilling is another form of well drilling in which a turning hammer is incrementally lowered into the ground, creating the borehole. A lifting agent is continuously pumped through the hammer to remove drillings. This method is known to be quicker than cable tool drilling.

A sanitary seal is a well cap with a rubber gasket that forms a complete seal around the wellhead. These are often used for buried wellheads or where contamination is likely.

A septic tank is used to detain domestic waste, allowing the solids to settle before it is sent to a leach field for soil absorption. Septic tanks are used when a sewer line is not available to carry the waste to a treatment plant.

A shallow well pump uses suction to pull water from no more than 33.9 feet vertically, due to atmospheric pressure. These are only capable of working at shallower depths.

Static water level is the distance from land to the water in the well. This can be impacted by climate change and development.

A submersible pump resides inside the borehole and draws water from a much lower depth, as it pushes water up and out of the well instead of pulling it from the well.

The water cycle is the circuit of water movement from bodies of water into the atmosphere and back to Earth.